How To Handle Crazy People Online

This is the person who responds to your innocent or extremely polite prospecting email with a response that is shockingly unexpected, outright hostile, or completely inappropriate.

In this video, I will teach you to be prepared for these folks with three simple strategies:

It is very important to follow your gut when it comes to dealing with people who have forgotten the rules of ordinary civilized society. In other words, if their behavior “feels” wrong…it most likely “is” wrong.

Quite frankly, this is no different than what you should do when trying to create personal relationships.

You have to thus ask yourself whether you feel it is worth the effort to try and convert a crazy person into a paying client, given that you will be entering into a relationship.

In most cases, a person who responds to your polite email with a violent or aggressive email is never going to become a good client.

Irrational or socially inappropriate email behavior is a clear indicator that this person is either mentally unstable or dealing with emotional issues in their personal life.

For example, just this week I sent out an extremely “normal” email to a yoga studio that is run by three very nice appearing ladies in Texas, merely asking if they would be interested to answer a couple simple questions.

Indeed, to receive this kind of response from three ladies who make their business to be “zen like” and teaching yoga is such a juxtaposition that I had to catch my breath.

After considering the options, I realized that this is a perfect example of a case where it is better to RUN AWAY than to waste energy on trying to figure out what THAT is all about!

Back in the mid 2000’s I was involved in the birth of the Social Network craze in Silicon Valley.

One of my companies created widgets and solutions for social networks that were being created on a platform that was started by a very famous Billionaire.

Problem was, the anonymity and newness of the social networking technology made “trolling” a big problem.

Trolling is most often seen today on YouTube comments, where people are allowed to adopt a semi or completely anonymous persona online and then use that to behave badly in public spaces.

If you come across someone who has the potential to be a paying client, you can often get a very quick 180 degree reversal of their position by holding a mirror up to them…and most ideally, in public.

This happened about a month ago where someone had actually purchased one of our products, but was criticizing it in a way that made it clear to me they really had not read the user manual or watched the videos.

As such, I called this person out on the fact, and in the process provided enough information to this person that they not only reversed their position, but they actually bought the next product in our training ladder.

Option Three – ATTACK THEIR BEHAVIOR with your weapon of choice

This one is dangerous. Handle with care.

I only use or recommend this option if you feel you cannot rest until you’ve “vented”.

If someone is as outlandish as the example in Option One above, by sending you a profane response to an innocent ask, then you may find the need to settle the score.

Mind you, this will in no way get you a paying client!

In such case, if you feel you have a witty comeback, use it.

It’s like the “I’m rubber, you’re glue” game of childhood though.

Don’t do it if you are short on time, or short on wit, as you will certainly lose.

But if you have time and wit…it can really settle the score, allowing you to clear that incident from your memory and move on to more valuable prospects.

Prospecting for new clients is an essential part of becoming a successful entrepreneur.

Yet nowhere is it written that prospecting will be a piece of cake.

But in the end, having these three options in your pocket will provide you a sure-fire way to handle any unreasonable responses that are thrown your way.

Thanks for stopping by, and happy prospecting! 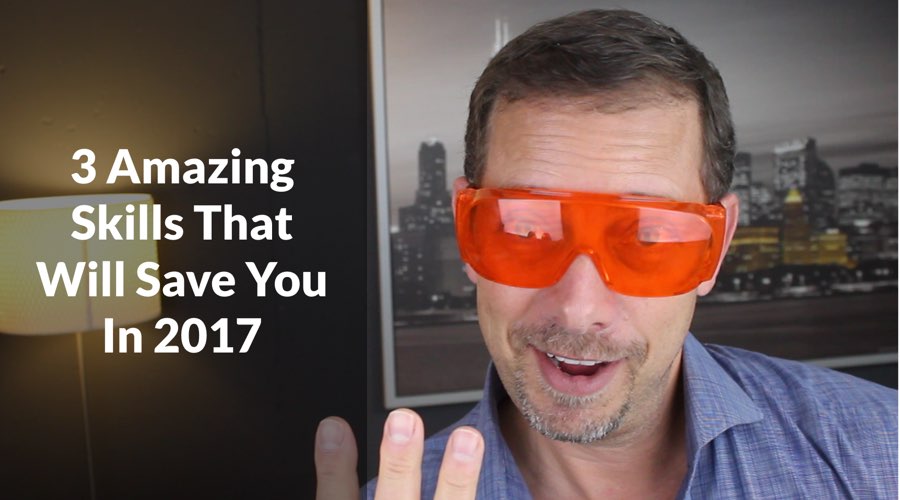